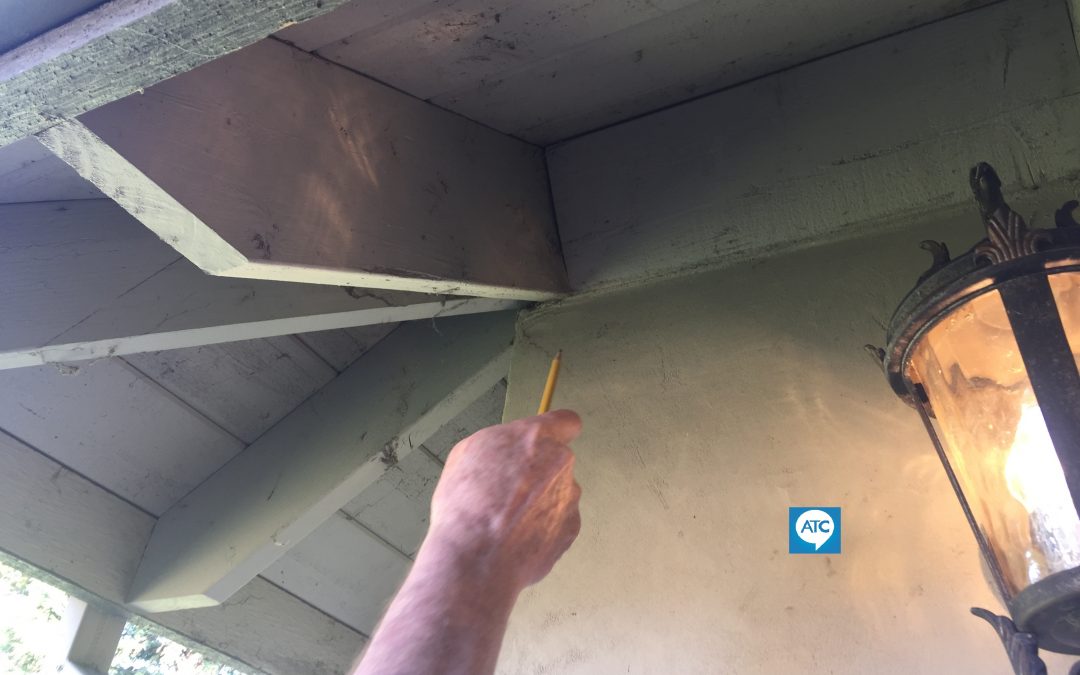 Let me ask you a couple of questions first… You say you have the rim plate. You’re talking about the top, flat-area of the top of the wall…

James:
Yes, with the rim plate being positioned vertically and on the outer rim edge of the house.

Okay. And your ceiling joists sit on top of that.

Yes. And they’re running perpendicular, as they should, into that sill plate and rim joist.

Okay, and you’re saying that a four-foot section of your rim joist has to be cut out?

I assume so. It’s rotten.

Todd:
Yeah, if it’s rotten, it needs to be cut out. Now, is there a way that you can support the joisting while you slide that out of there, and after you take a Sawzall to it?

Perfect, because that’s called false-framing. That’s because you set it up with a (2×6), or a (4×4) across with a jack on each end. Next, you stabilize it and come in there with a Sawzall and cut it.

You probably don’t have Simpson brackets holding those joists down. So you’ll toenail them with 16-penny nails.  A good blade on your Sawzall will make a nice, even cut across. And then, the new piece slides right out.

“It’s not a real difficult job to do, as long as you support what you’re cutting out.”

And then once you cut your Dry Rot out, you can slide your new piece of wood right back in there.

Toenailing is going to be pretty difficult.

Can you get in there with screws? Because I don’t think you’re going to be able to swing a hammer in that limited area.

James:
I think I’ll certainly be able to get a screwdriver in there.

Yeah, if you can get screws in there that’s going to secure it so that it’s not going to go anywhere.

What is the Cost of Hiring a Contractor for a Job like this?

Dry Rot Always Looks Worse than it is.

Dry Rot is nothing to play with, but when someone comes out there and says, “Oh my gosh!”
Don’t buy into that. That’s not a very difficult job.

Do not agree to Time and Material

If someone says I’ll charge you by the hour, and they say… “That’s going to take four hours”.

No one has ever come back to me and said, “Oh, gosh. It only took three hours.”

Whoever you Hire, always agree on a Hard Cost

It could be five or six hours… “It went a little longer than I thought.”

Is there a Gutter on the Fascia Board above the Rim Joist?

James:
Yes, and that’s going to be my next question. It is wet. It’s still getting wet. The next item that I will address is replacing the flashing.

The gutters have a pretty good lifespan. You might want to check inside the gutter to see if they are seamless gutters. If so, they’re probably in good shape.

You probably just need a piece of flashing coming off the roof area to keep that water diverted into the gutter. I assume that’s probably the reason the dry-rot happened.

“You sound like you know what you’re doing. Don’t be afraid to take this on yourself.”

“Just be careful on the ladder. And make sure you keep all 10 of your fingers.”

Do you have a question for AskTheContractors.com?

Is something strange going on around your home? Or, maybe you just don’t know which direction to go…

Send me your questions for AskTheContractors.com. I’d like to answer it right here on the air. We’ll help you get through your next project.

Just because I’ve been a contractor for well over 30 years, doesn’t mean I know it all. I know a lot, but not all. I reach out to my Trusted Pros on AsklTheContractors.com.

I’m your host, Todd Bird and I’m here to answer questions for you.