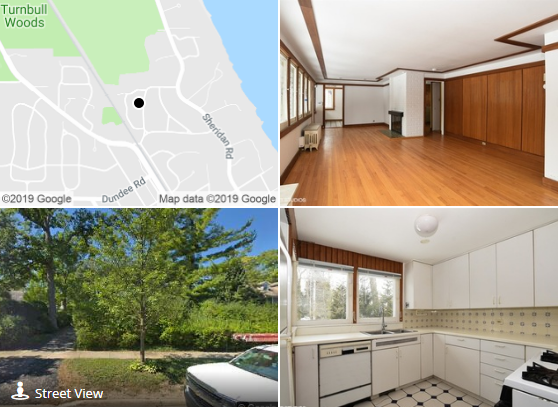 A 1755 square foot cottage designed by Frank Lloyd Wright in the village of Glencoe, north of Chicago, sold for $555,000. That’s far lower than the $1 million that was initially asked for in October 2017.

In fact, the three-bedroom cottage was built in 1913 for Wright’s attorney Sherman Booth. The Booths lived there while a larger house designed by Wright was being built for them.

The home has not been updated in many years, and that is why the cottage was priced in hopes of being renovated.

Although the house was declared an honorary landmark, nothing legally prevents a new owner from demolishing it.