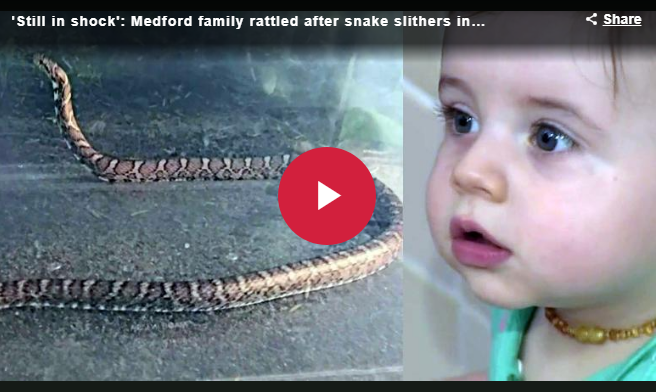 A 5-foot-long snake recently found its way into a home in Massachusetts, where it bit a 9-month old boy as his horrified mother looked on.

Jenna Lee‘s infant son, James, was playing with pots and pans in the kitchen. Lees-Rolfe was standing at the sink when she turned around and saw the milk snake suddenly bite him.

“I screamed for my husband,” she said. “I was terrified.”

Lees then watched the snake bite James on the leg. She says he was “totally unfazed.”

Lees and her husband returned to the kitchen, wrangled the snake, and tossed it into a trash can.

Animal control officers confirmed that the snake had slithered out from under the refrigerator.

The snake, which was not poisonous, was taken from the home and released in an unknown location.

James is recovering and is said to be doing well.