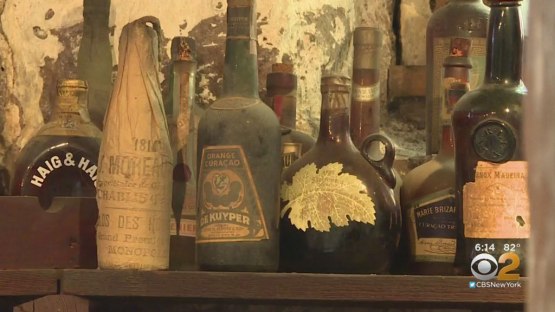 The Kean family used to own a colonial-era home. It was originally built by New Jersey’s first governor, William Livingston. During a recent renovation, employees discovered a forgotten cellar door. Inside was a secret stash of wine dating to the Revolutionary War. More bottles were uncovered in the attic.

The cellar contained nearly three cases of Maderia, some of it dating back to 1796. Historians say this was the wine of choice our nation’s founders drank during important celebrations.

A portion of the collection has already been auctioned off, with the highest price for one of the bottles — $39,000.