Question: Framing Wood is Split. Should we use them? 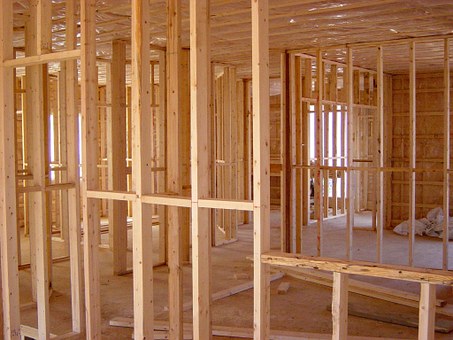 Question: Framing Wood is Split. Should we use them?
Tips and Tricks

To give you a little background. Pam’s having her home framed. This is rough framing. Her contractor is using two-by-fours, headers, all that fun stuff.

This is a very good question

Now, keep in mind that two-by-fours in between your walls is not finish work. It’s rough framing. It looks to me like the framing’s coming over a top plate. Top-plates have two plates, your bottom plate and then the other one that staggers 4 feet on one side or the other. The two overlap and interlock. That top plate it’s very important. Looking closer, this two-by-four looks like it was not toenailed. I could tell you that it was nailed down through the top plates and that it was installed properly.

The 2 by 4 board looks pretty rough, but I’ve seen worse. The most important thing here is that you want the two-by-four to be straight. You can’t have any bows in it because if that’s the case that’s going to cause some problems down the road. As far as the picture you sent us, I don’t think there’s a whole lot to worry about unless the entire building is like that. Maybe your contractor got a bad load of lumber, or maybe they just bought buy cheap framing material.

There are Grade A and Grade B wood boards only

Anything beyond that is not used for framing and houses but talk to your contractor.

In fact, if you both deem that it should come out here’s the concern. When it comes to two-by-fours, this is what you want to look for you…

Look for any bowing

Once the two-by-fours are installed, they’re going to be running your rough electric. That means drilling holes through the two-by-four, and possibly going to be putting plumbing into it. If you make the decision at that point to take any of those two-by-fours out, I don’t think it’s going to happen, or it’s going to be very expensive. That’s because now you have to take the wire out, and you have to re-drill. That doesn’t mean just cutting the wire and put it back through. You have to go back to the source and run it all the way. You’re not using junction boxes.

The same with your plumbing. Once that plumbing’s in the wall, you’re stuck.

And again, the reason I want you to look for any bowing, we call it pregnancies in your two-by-four, because that’s going to reflect in your sheetrock. When your sheetrock is hung, and believe me you will see it after the walls are painted.

So, you really want to get this taken care of it if, in fact, you have concerns. Now it’s hard for me to tell from this picture that you sent, but you will have a framing inspection. I’m assuming you have a permit, so that might be a concern you bring up to a building department official. He’s going to be very honest with you since they’re there to be a third set of eyes on that prize.

Try to address it as soon as possible. Okay?

“Your house is not going to fall down, I can tell you that”.

You should be able to sleep at night because the roof is not going to be caving in. However, Pam, it was a very, very good question.

Do you have a question for AskTheContractors.com?

I would love to answer your question.

Go to my website askthecontractors.com. Send me your question, and folks even though I’ve been a contractor for well over thirty years if I don’t know the answer I’m going to go to our Directory of Contractors. I’m going to talk to one of our professionals on that website. I’ve been in the trades well over 30 years so send me that question and a picture about your home. I want to hear from you. I’ll either have you on the air or talk about it on the show. Okay? So thank you, Pam.

New garage exterior lighting. Do you have a question about your electrical? I can help. AskTheContractors.com ... See MoreSee Less