Question: Can I Convert Copper To Pex without creating Electrolysis? 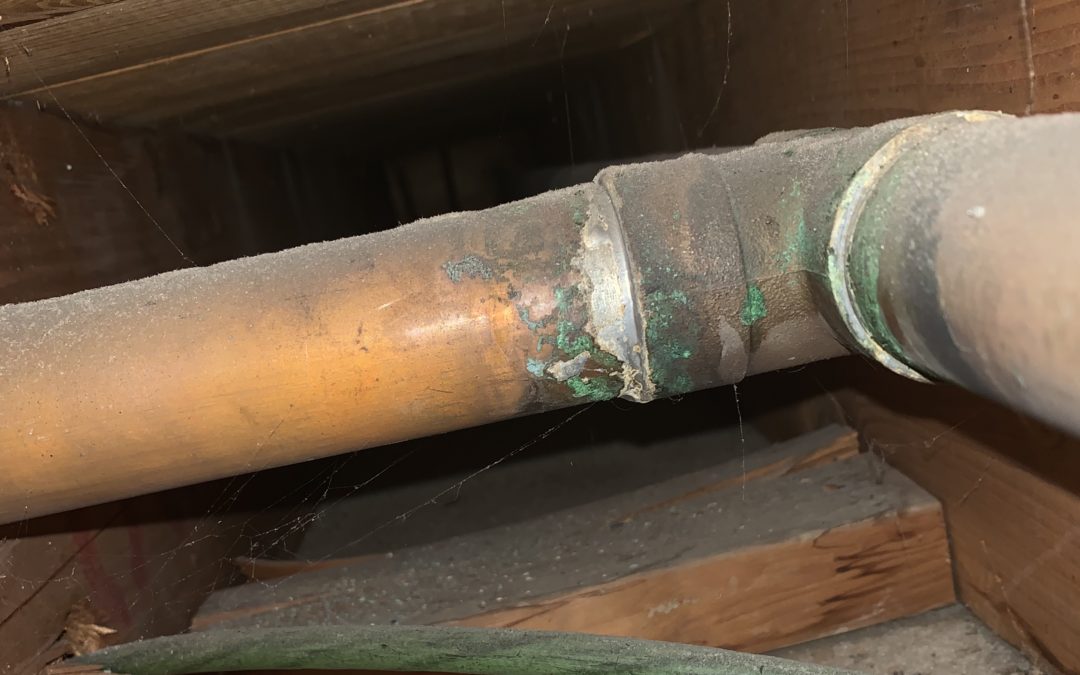 Ask The Contractors
Question: Can I Convert Copper To Pex without creating Electrolysis?

Matt’s remodeling his bathroom, and he wants to know how to convert from copper to plastic piping, better known as Pex. He puts it as PVC, but it’s called Pex.

So here’s his situation…

That’s a great question, Matt. Let me ask you a question…

I’m going to assume that it’s a raised foundation. If it’s a slab, then you’re going to have to remove that drain with a 30-pound jackhammer. And then move it to the direction that you want to move it. Now keep in mind if it’s a slab, your slab is only four inches thick, but it’s the footing that goes down 18 to 24 inches.

“We come to you at least once a week and give you some answers to the questions that you send AskTheContractors.com.”

But if it’s a slab and it’s in your bathroom, it should not be that hard to break-through. You’re going to be retiling or putting a shower pan in any way.

In fact, it’s a good time to move the shower if you have a raised foundation. That’s simple. You cut up area on your floor and you simply move the pipe to where you want it located.

There are converters that you can get coming off copper and going into PVC.

The converters are very easy to install. To start, your local plumbing shop will have that information, and if they don’t have it, they will order it for you.

The only thing I worry about is when people are remodeling and they have galvanized piping in there, in their home. A lot of the time, they want to convert it to copper. If so, you would need a dielectric converter. That takes the electrolysis out of the equation, and it separates the two metals.

It’s a converter that prevents electrolysis, that’s all it is.

That’s when you’re going to have a problem.

When you mix two metals, it’s going to have electrolysis which means you’ll find tiny pinholes in your plumbing down the road. It’s a very common thing in older homes when people remodel and they don’t think about that.

Let Me Explain a Little More About the Converter

On one side, the converter will have plastic that you can get your original plastic into or come out of, whichever you’re converting to. The other side would be copper. And like I mentioned before, electrolysis does not apply in this area because it’s metal to plastic. You don’t have to worry about electrolysis in this situation.

Converters are very easy to find. It’s plastic on one side and converter for copper on the other.

So, go to your local plumbing store:

“Usually there’s a person who is a plumber, or who used to be a plumber behind the counter to help you out…”

Once you get that converter, you’re going to have to solder the end with the copper. Do not use a compression joint. They break. They fail. They’re not really good to use, at all.

Make sure to solder it.

You might have to have find someone who knows how to solder because you don’t want to mess up on that.

And then the other side is simple. Use PVC glue that you would use for plastic piping. It seems to me like you’re covering all your bases, Matt.

If you have a project you need help with, get me the question. Go to my website, AskTheContractors.com. There’s helpful information that can help you in your next remodeling project.

Hey folks, I want to know about your project

Send me the question AskTheContractors.com. And I appreciate all my listeners. Thank you so much. I’ve been your host Todd Bird, and I will catch you next time !!