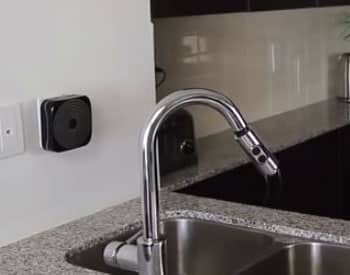 New technology is dominating the world’s culture. So, nearly everyone has a smartphone and social media is the new “party-line” to communicate. Despite the adoption of connected kitchen appliances by designers and builders of home goods, the American public appears to be slow to adopt the trend.

Kitchen & Bath Design News conducted a survey of kitchen and bath dealers to learn more about our fellow homeowner’s interest in technology, the features they value, and their reservations about home tech.

Here are the findings…

When asked about the primary reason for incorporating technology into a new kitchen, convenience was the overall factor. Followed by…

So, what were the biggest concerns for home-owners when considering a connected-kitchen?

In fact, the #1 worry was technology turn-over and how quickly technology becomes outdated. Additionally, homeowners were concerned about the potential cost of repairs.

– Above all, 75-percent of surveyed homeowners hesitated to install a tech-driven appliance for fear it would break.

– Almost one-third said it “concerned” them

– Half said they were “somewhat concerned”

– 20-percent said they were “not worried”

Here’s my idea for a Connected Kitchen:

This invention would combine all the convenience, money savings, and perfection that people are looking for. Are you ready?

I’ve always said, “I wish someone would come up with a combo appliance to beat all.”

Imagine this, it looks like a complicated refrigerator during the day before you press a button from your cell phone. But first, you can put that casserole in before you leave for work and it stays refrigerated. Before you come home, and during your hour-long commute, it turns into an oven. By the time you get home, conveniently, your pot roast, or your casserole, or whatever it is is done.

Dinner can be ready for you when you walk in the door.

But wait, it gets even better.

Put that dish back in the Re-disherator-oven and it washes the pots and pans for tomorrow. Wah’lah. Those are the kinds of things that I think are coming.