Question: Converting a Carport to Bedrooms 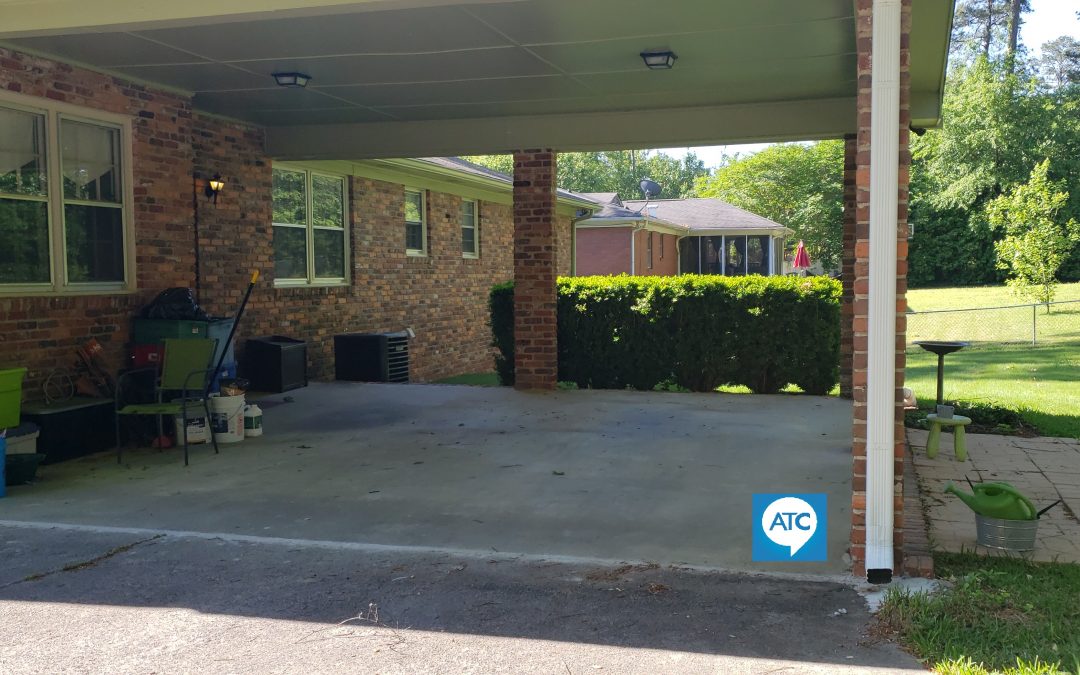 Question: Converting a Carport to Bedrooms
Tips and Tricks

Joining me now to answer this question is Sterling.

Sterling, what are you trying to accomplish with this carport?

Sterling: I want to change the carport into two bedrooms and I’m trying to build it up so that I can keep the water out. I don’t know if I have to pour more concrete and raise the slab to the level of the house, or do I just pour more footing, put a seal wall, and build off of that?

Todd: Looking at this and knowing that you want to add on to your home with this, which absolutely can be done. Your home looks very well-built. It’s also holding up a roof, so obviously you have footings around and underneath the piers. You’ll verify that with whoever you hire as an architect or engineer. Here’s what I would do, and this might be a little labor-intensive for you but its the right way to do it.

“I will bet you a million dollars this Carport does not have a vapor barrier underneath it.”

That slab for the carport was poured right on top of the gravel and that’s it. Here’s the problem if you don’t have a vapor barrier. Once you enclose the space and you have a couple of bedrooms in there that moisture can still seep up into that concrete. So, you can accomplish two things by removing the concrete.

First of all, bring the slab up to the height you want after the concrete is gone, and after you re-form and repour. Also, you’re going to accomplish having a vapor barrier underneath it. This way no mold or mildew is going to migrate into those two new bedrooms down the road. And trust me, it will happen. So many times here in California people try and turn their garages into bedrooms. Well, the garage does not have a moisture barrier underneath it. They put carpet down and, ‘Wa’lah’ within a year or two, you pull that carpet back and there’s black mold. We do not want that.

Sterling: That sounds like a way to go, but is there a way to go about it without digging up the carport and putting a vapor barrier on top of it?

Todd: Concrete does not adhere to the concrete because you have a very smooth finish on this. Unless you wanted to use an adhesive and go with bricks on top to bring the slab up another couple inches.  You could add 2 1/2 – 3 inches.

How high are you looking to bring up the foundation?

Sterling:  I think it’s a normal step down from the house to the carport. Is that a foot, or so?

Todd: You might get an engineer to Roto Hammer a series of holes, put the rebar in those holes, and then tie rebar horizontally on top of this slab. At the same time, put visqueen down around the rebar so it keeps moisture from coming up. But that’s a lot of work. That’s probably more work than just going in with a saw. There are companies that do this. They’ll come out and they’ll cut a square, 6 inches away from the pillars, all around this carport. And then once that’s done, a jackhammer and a couple of hours with two very strong people could finish it.

There are companies who want used concrete

That’s used for levee repairs, for example. Used concrete is not something that should be thrown into the dump. It’s crushed and reused a lot of times. Most of the time for retaining walls, levees, that sort of stuff. So you might get it hauled away pretty cheap.

I would at least look in that direction.

That was very smart of Sterling. He accepted the fact that “Wow” I didn’t think of that.

For people who want to convert their garages into rooms or a patio, we need to check some things out first.

The truth is, there are quite a few ways to skin a cat when it comes to construction.

Is something going on around your home? Or, maybe you just don’t know which direction to go…

Send me your questions for AskTheContractors.com. I’d like to answer it right here on the air. We’ll help you get through your next project.